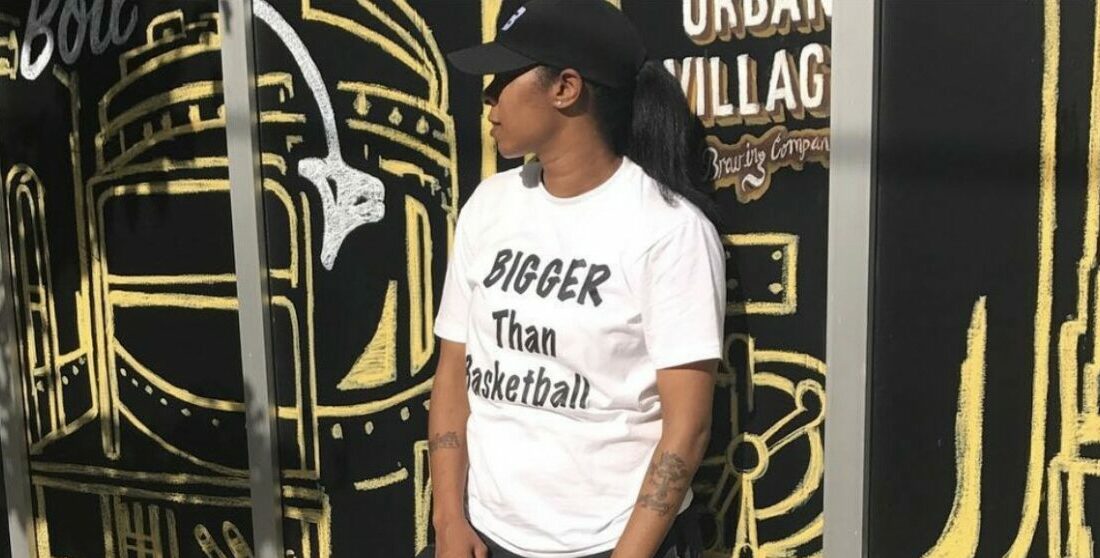 “Just a little bit of HOPE.”

Throughout Khadija Bowens’ life journey and journey with cancer, she has faced countless obstacles that have been thrown her way. When asked how she has overcome these obstacles, she responded with, “Just a little bit of hope.”

Khadija’s journey with cancer started over a year before her diagnosis. In 2019, Khadija knew that something was wrong, and was determined to work with doctors to find out what was going on. At first, the doctors deemed Khadija’s issues to be gastroenterological, but Khadija knew that there had to be more going on when she realized that the symptoms she was feeling were not going away. On August 26, 2020, Khadija was diagnosed with Ovarian Clear Cell Carcinoma, a rare and aggressive form of cancer, after she underwent surgery to remove a ruptured tumor, her left ovary and fallopian tube.

Unfortunately, being diagnosed with cancer was not the only hardship Khadija had faced in her life. Khadija grew up in what she considered “a dysfunctional” family in North Philadelphia. Khadija’s first real outlet was and still is basketball. Once she started playing basketball, she knew that it would be her link to opportunity. Khadija’s focus and determination eventually led her to a basketball scholarship at Temple University. While at Temple, Khadija was faced with the tragic loss of her grandmother and cousin. At this time, Khadija started losing herself and became involved with people and places that were not right for her. While at this low point, Khadija knew that she had nothing else and her decision was either basketball or the streets. With the help of her basketball coach, Dawn Staley, Khadija was able to put her life back on track. Khadija continued her basketball career and graduated with a bachelor’s degree in Criminal Justice. Sadly, after graduating and starting her new life, her brother was also tragically killed.

Khadija shared that the quote she lives by is, “Bigger than basketball.” In 2019, she created the Khadija Bowens Basketball Foundation. During this time, her growing health issues and the rapid spread of COVID-19 put a temporary halt in running her foundation.

“When I started my foundation, I got sick right after and spent a year trying to find out what was wrong. I had a lot of questions and was looking forward to doing so much more. You don’t understand until you go through it. It changed my perspective.”

The biggest challenge Khadija has faced during her illness is the fear. Having such a rare and aggressive form of cancer has led her to not know what exactly is going to happen. “It is scary and going through treatment is tough,” states Khadija. The process of going through treatment has been especially hard because her family was not able to be there with her due to the pandemic.

Khadija looks at life as a journey. Every hardship and every blessing play a monumental part in her journey. When Khadija was first diagnosed, she said, “My world was rocked, and I will never forget the feeling I felt within that moment.” But like her previous hardships, she took this diagnosis and made it part of her journey.

Khadija shared that her experience with Bringing Hope Home was a blessing. She is so grateful and truly thanks God that organizations like Bringing Hope Home are able to assist those in need. She stated that the process is more than just gaining financial assistance, it is gaining a supportive community and being able to build more relationships with people who understand and are facing the same struggles.

“This process has been extremely challenging mentally and physically but this is a part of my journey. I have built a relationship with God and gained a lot of support from my community. I hope to inspire others regardless of my circumstances, and if I had to go through everything again, I would, because this is my life journey.”

Today Khadija is still actively in treatment, but to the families in the Bringing Hope Home community who are also facing cancer, she wants to share her motivation. “Trust the process and keep fighting.”