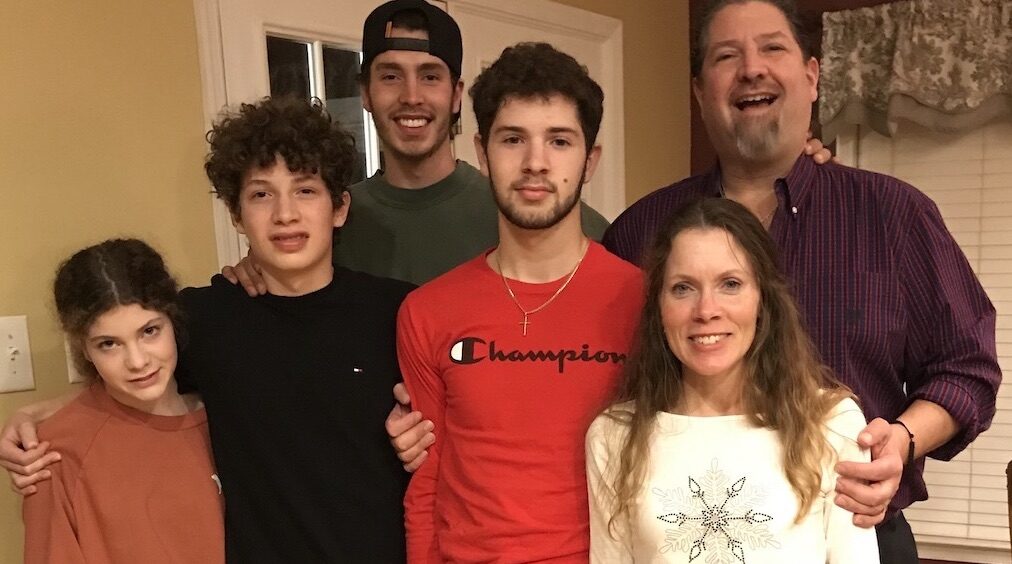 John is battling Stage IV pancreatic cancer.  John and his wife Susan have been married for 24 years and are the proud parents to 4 children. Growing up John was an avid collector of baseball cards and believes he has several valuable cards in his boxes waiting to be found!

In January 2019, John’s position at his company was eliminated unexpectedly. Supporting a family of 6, the couple knew they needed to quickly figure out what John’s next job would be. However, on March 3rd John started feeling a lot of discomfort and pain, so he decided to go to the hospital.  After several tests, John was diagnosed with Stage IV pa
ncreatic cancer. He was transferred to Jefferson Hospital and was hospitalized for the next 10 days in an attempt to manage his pain.  On March 26th John started his first chemo treatment. Thanks to the generous donations from friends and family, and from the sale of t-shirts that read: “Soar with Stuts. Stronger than Cancer”,they were able to keep paying his medical insurance and mortgage payments. He received his first unemployment check in May 2019, and his first disability check in October 2020.

During this difficult time, Molly V., their social worker at Jefferson introduced John and Susan to Bringing Hope Home. Bringing Hope Home was able to help pay the family’s cell phone bill for their family plan through the Light of Hope Family Grant in May, they received a complete Thanksgiving meal through the Family Feast & Football event in November and also received Adopt-A-Family gift cards for the holiday.

Today John is doing well. They attribute this to his treatment regime, healthy eating, drinking warm lemon water with a teaspoon of extra virgin oil every morning, and wine known for high antioxidants from Uruguay called Tannat. John recently finished his 17th treatment. Susan mentioned that every time before John leaves for his treatment, both father and their son Spencer say a prayer together. Good news is that the tumors are shrinking, and his numbers are down. He’s recently had a small blood clot form in his lung but has started treatment for that too.

Goals: When John overcomes his cancer, he plans to be an advocate for others struggling with Pancreatic Cancer.