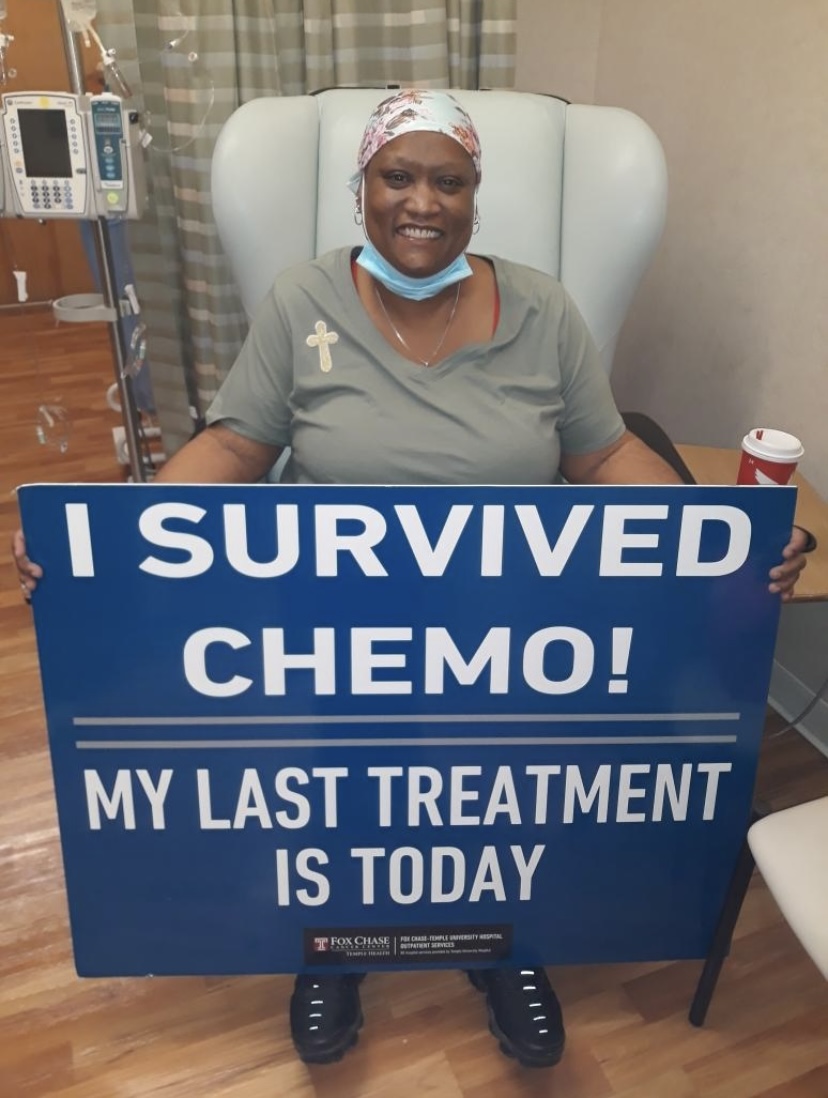 Keya is a very family-oriented woman. Her symptoms started around the holidays. She was struggling to breathe and had an irregular heartbeat, but she waited until December 26th to go to the Emergency Room because she “didn’t want to ruin Christmas”. She has two children and three grandchildren and wanted to make sure they had a good holiday before she worried about herself.

Once at the hospital, Keya got some x-rays done. A tumor the size of an apple was found in her right lung. It had started to invade her chest and windpipe, which explains the trouble breathing, and it also was pushing against her heart to cause an irregular heartbeat.

“My kids said they were not ready for this. I’m just not ready yet.”

But she knew if she was going to beat this, they were all going to beat it together. The official diagnosis was stage 3 lung cancer and the doctors said that it was undergoing surgery to remove the tumor was not an option. So, Keya started treatment. She started out with radiation five days per week and chemotherapy one day per week, both for a six-week time period. Now, she is down to one immunotherapy session per month and her family has been with her every step of the way.

Her daughter and 3-year-old grandson live with her and she loves spending her days with them. Day trips to the park and the museum are a common occurrence. Her son and other two grandchildren live close by and come around whenever they are able. Beating cancer takes a village!

Keya is a Certified Nurse Assistant, but had to stop working when she got diagnosed. She is looking forward to when she is healthy enough to start working again, but is currently still facing some troubles with walking long distances and exerting herself too much.

In the meantime, it’s not all treatments and doctor’s appointments for Keya. She loves traveling with a passion and has been able to make some small trips since her diagnosis. Her children treated her to a Mother’s Day trip to Clearwater, Florida that she absolutely adored. Las Vegas is one of her favorite destinations; she would make trips there regularly with her girlfriends prior to the pandemic and her diagnosis. She has not been able to get back there recently, but it’s first on her list once she’s feeling up for it!

Bringing Hope Home was able to help Keya pay a full month’s rent through the Light of Hope Family Grant. As a way to show her thanks for the support and to give back, she was excited to share her story with HOPE NATION.